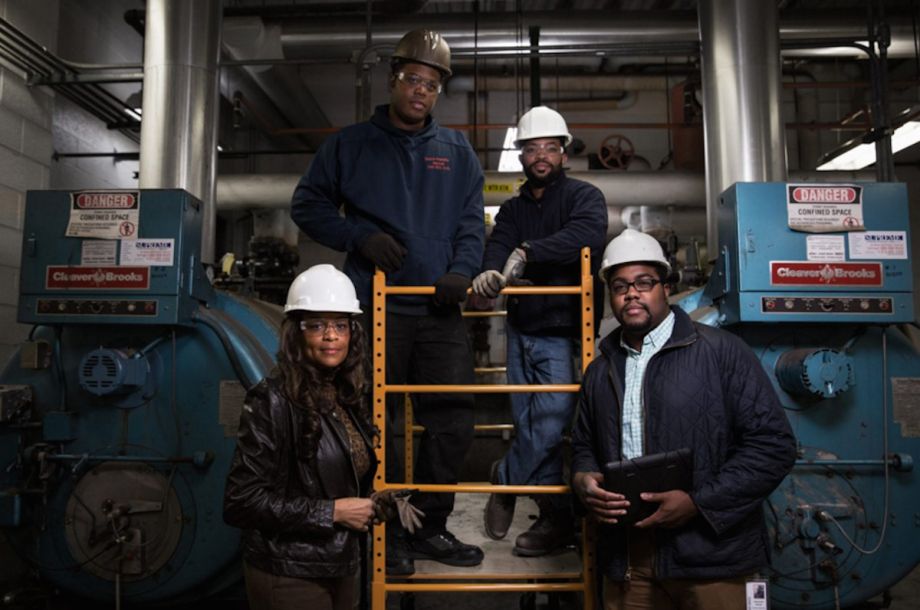 Adrienne Bennett is America’s first African-American woman who is a licensed master plumber. Born in Chicago, her family moved to Detroit when she was nine. When she decided to start her own plumbing and mechanical contracting business in 2007, her son was off at college and her husband had his own career.

Today, her company, Benkari, has a full-time union staff of five. In the last year, they’ve landed a major contract with the Detroit Transportation Corporation to work on the plumbing and heating systems at a key maintenance facility. Beyond that, requests for bids are picking up for commercial renovations and buildouts in downtown Detroit.

“We’re trying to get a little piece of the pie of all this development going on,” says A.K. Bennett, Adrienne’s son, who’s now associate project manager at Benkari.

It’s a development boom that so far has largely left Detroit’s black residents behind. To help change that narrative, the New Economy Initiative (NEI) created theNEIdeas $10,000 Challenge, which recently announcedits second year of 30 winning businesses, chosen for their ideas about how they can grow. Benkari was one of them.