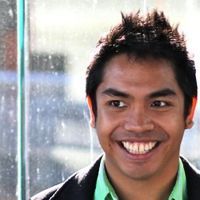 Henry is the Co-Founder and CTO of Protean. The company is creating the Echo Card, the next-generation payment card.

He was born in Philadelphia. Raised in Detroit. Refined in Michigan State University. He lives in Metro Detroit with his wife Angela and daughter Charlotte.