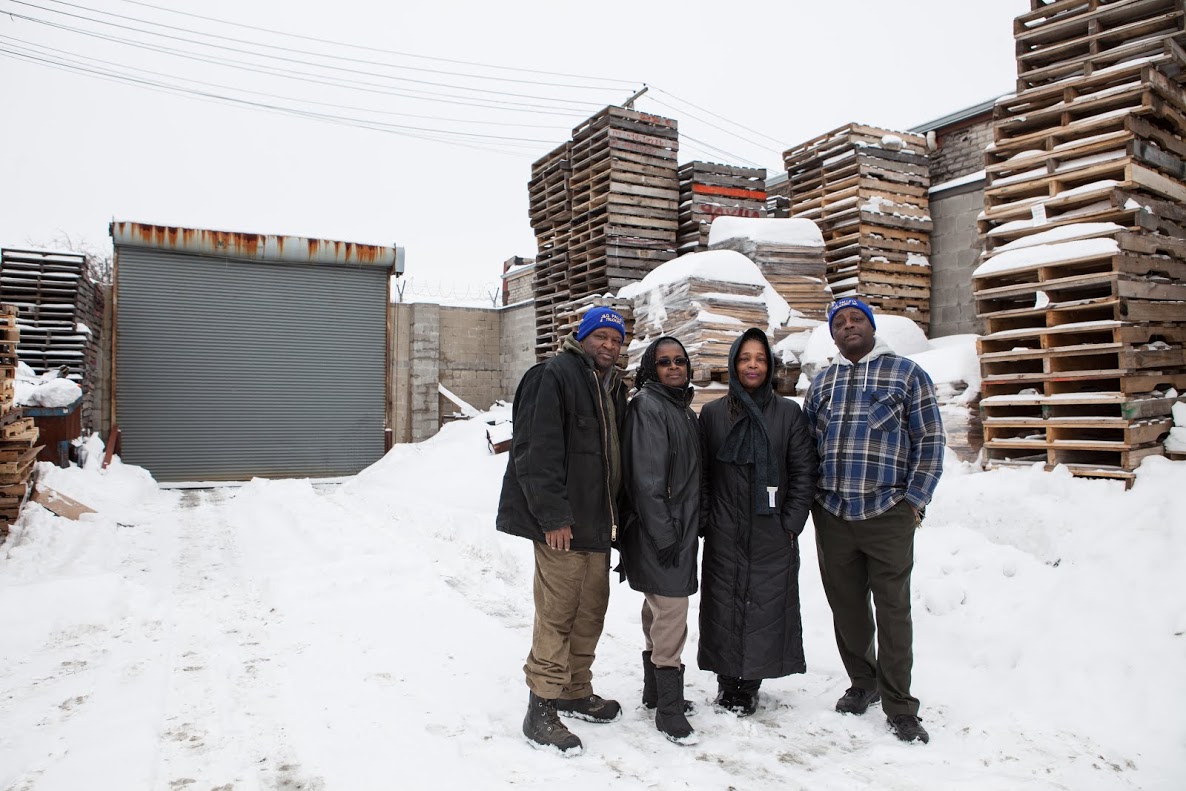 In 21 years of making wooden pallets on Detroit’s east side, the Givhan family’s J & G Pallets and Trucking business has survived two fires and frigid winters and found time to build up the community by adopting nearby Bradley Park.

Up the road in Highland Park, Sherwood Prototype, a small-batch stamping shop for auto parts, also struggled during that time, shrinking from 24 people on two shifts to just two guys “trying to keep the lights on” during the 2009 slump.

Last week, these two hardy survivors of the shakeout that devastated large parts of the Motor City’s industrial base were selected as winners of $100,000 grants, the largest awards in the first challenge competition called NEIdeas: Rewarding Ideas for Business Growth.

Sherwood and J & G Pallets “really epitomize the hard work and ingenuity of family-owned companies that kept the city moving through good times and bad,” said Rodrick Miller, president of Detroit Economic Growth Corp., which has partnered with NEI on the challenge competition.

The inaugural NEIdeas challenge has awarded more than $500,000 to 36 small businesses in Detroit, Highland, Park and Hamtramck — focusing on existing businesses in hard-hit neighborhoods, rather than start-ups downtown.

Funding came from the New Economy Initiative, a special project of the Community Foundation for Southeast Michigan.